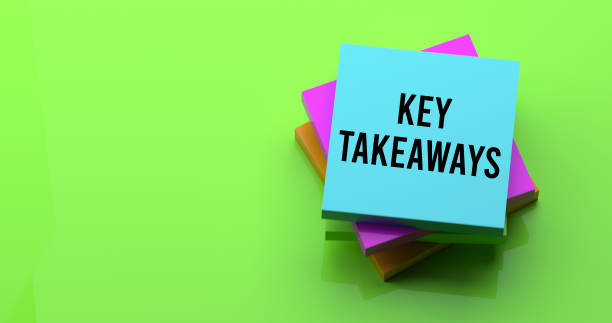 The mass adoption of cryptocurrencies often ensures that people worldwide have control over their wealth by decentralizing government or central bank practices.

The Philippines plans to facilitate the remittances of 10 million Filipino workers overseas by changing the direction that $30 billion in remittances flow from traditional banking to the Blockchain.

The Binance smart chain utility token ”NEKOIN” is intended to provide a stable ecosystem for legitimate investments and an ultimate solution for simplifying the use of Blockchain technology. Nekoin is partnered with surge mobile and Direct agent 5 to offer a seamless remittance system

Digital currencies like Bitcoin, Ethereum, and Ripple are making headlines worldwide for a good reason. They are steadily becoming more and more mainstream. But, their potential impact and use cases are often overlooked. They have the potential to be a real game-changer for developing economies, providing power to stabilize the economy against inflation, help facilitate international trade, and much more

In the present scenario, cryptocurrency is considered the future cashless currency. Based on the ever-increasing demand and the continuous rise in the price of cryptocurrencies. Tech giants like Microsoft and Tesla have started accepting crypto as a form of payment. It is just a matter of when people won’t be asking what your bank is but rather your currency.

Here are a few benefits of cryptocurrency mass adoption

Mass adoption of cryptocurrencies is often geared toward decentralizing the practices of governments or central banks to ensure that people worldwide have control over their wealth, and power can be diverted from authorities and channeled through decentralized applications that a secure network has verified.

The disruptive Blockchain technology can significantly change the face of even the most struggling economies and underdeveloped nations by taking them out of the vicious cycle of poverty and instability. This technology has the power to help struggling economies like Afghanistan break free from the grip of a failed state and lay the foundation for a brighter tomorrow! It has the potential to revolutionize many industries which includes services such as banking and remittance, healthcare, and agriculture.

Cross borders payments are critical elements of an economy, especially remittances. Every day, millions of foreign workers around the world transmit a portion of their hard-earned wages back to their resident countries. These remittance payments are a lifeline and benefit millions of families in most Asian countries like the Philippines, Mexico, and Bangladesh. Despite all the benefits, sending remittances remains expensive. The latest digital evolution introduces feasible, faster, and cost-effective solutions to ease international transactions through Blockchain technology.

With the rise of cryptocurrencies like Bitcoin, Binance coin, Ethereum, developing countries can handle their finances can change and allow more freedom for the people. It makes it possible to process Blockchain payments between senders and recipients who are hundreds of miles apart, saving time, money, and work. By using a distributed ledger system that tokenizes money and records each transaction.

The Philippines is one of the first countries to adopt Blockchain technology and cryptocurrencies. The country is home to some of the leading digital asset exchanges in the world. And as an investment tool, cryptocurrencies are prevalent among both individual and institutional investors in the country.

The Philippines is transforming remittances.

Philippines is among the early adopters of Blockchain technology and cryptocurrencies. Recent reports suggest that an average Filipino will hold up to 5% of savings and wealth in digital assets in a few years, thanks to the well-informed, tech-savvy population and the government initiative to pass crypto-friendly legislation.

With the implementation of Blockchain, the government plans to eliminate all intermediaries and make the most of remittances worth $30 billion sent by 10 million foreign Filipino workers.

Even the government understands that a decentralized system will save millions in commissions. Furthermore, the plans include partnering with emerging private sectors to develop a stable ecosystem to reduce volatility and offer a consistent market price. The Binance smart chain based token Nekoin will most probably become the ultimate solution to simplify Blockchain and offer the best stable coins investments

CEO of surge mobile revealed their main objective is to deliver to the community through Blockchain technology. The recent collaboration of surge mobiles and Direct Agent 5 partnered with Nekoin is committed to providing an easy-to-use, open cross-platform, seamless infrastructure for the Blockchain community. As mentioned, the Philippines is home to some of the most immersive projects shaping the country’s future.

The Philippines is the perfect environment to grow Blockchain-based businesses because there is a big push for decentralization (following the crypto-friendly legislation). Entrepreneurs won’t have to worry about government intervention or wrestling with antiquated banking systems

The country is now accepting western union transfers straight into cryptocurrency-enabled wallets. Along with the Union Bank of Philippines, it got a license from the central bank to operate crypto exchanges. Making the Philippines a center of attraction for investors